The notary Francesco Catania (1872-1960) was a central figure to the Wignacourt Museum and the Basilica of St. Paul in Rabat.

He was born on 29th July 1872, and his fondness for Rabat must have been instilled within him from a very young age, as both his parents were natives of this village. It was from his mother’s side that he claimed noble lineage; however, it was from his father that he inherited his enthusiasm for art.

His father Antonio was a well-known sculptor and so was his grandfather Francesco. It was also known that notary Francesco Catania had taken up painting and sketching as a hobby.

The Catania family also had strong links to the archconfraternity of the Holy Sacrament, which was a lay group that regulated spiritual and devotional activities, amongst other things.

Notary Francesco Catania continued this legacy, as he was also very much involved in this archconfraternity, therefore actively leaving an impact within the community even during his lifetime.

This was mostly true when considering that he fought for the dismemberment of the St. Paul’s Church from the Cathedral of Mdina. This led to the Church of St. Paul becoming a parish in 1902.

Catania also restarted the negotiations with the government to renounce any claims as successors of the Order of St. John over the possession of the St. Paul’s Grotto and Church. He unfortunately did not live long enough to see this realised, as he passed away just a year before the negotiations ended in 1961.

"Apart from being a notary and a lover of the arts, Catania was also a scholar and researcher who wrote articles for newspapers. His passion for art and history was primarily reflected in his extensive collection, which he accumulated throughout the years".

This ranged from paintings, sketches, maps, coins, furniture, books and archaeological remains, amongst others. When notary Catania died in 1960, at the age of 88, he left the Church of St. Paul in Rabat as the universal heir.

This meant that his art collection, together with his library, property and capital, became the property of the Church of St. Paul. This was much needed at the time as this church was under some financial strain which resulted from the building of their large church hall.

To get back on their feet, most of the property was sold, together with some of the art collection. Most of the remaining collection is now displayed at the Wignacourt Museum or found in the museum’s archive and reserved collection.

It is not surprising that once upstairs, which is the where the main art gallery is housed, the first thing to catch the visitor’s eye is the bust of the same notary Catania. This is the plaster modello by John Spiteri Sacco (1907-1996) for the marble monument, which is now at the Church of St. Paul. The modello is pictured below. 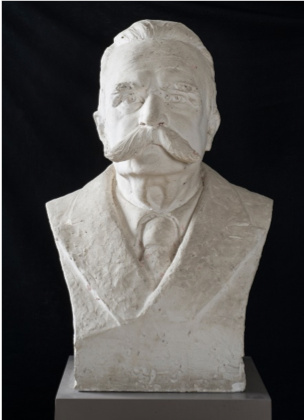 Francesco Catania’s first deed as a notary dated back to 3rd December 1897.

"He became a well-known and respected notary, who had a diverse spectrum of clients from both noble and upper classes as well as local farmers who lived mostly around Rabat and Bahrija".

This could have also helped to expand his collection of archaeological remains, as some of his clients who were farmers would give him a piece of pottery found in their land as payment.

The true origin of the items found in the Catania collection is hard to determine because of the lack of documentation. It is known that he attended auctions, but it is not known which of the items were bought by the notary and which were inherited or gifted.

Some of the more important artworks which formed part of the Francesco Catania bequest include works by renowned artists working in Malta during the Baroque period - the French artist Antoine Favray, Mattia Preti and Francesco Zahra, amongst others.

Two of the works by Mattia Preti, forming part of the Catania collection, date to the artist’s late years, where Preti has moved from the blonde light and ‘Baroque Macchina’ so evident in his earlier works, and his works depict more introverted characters, with painted ground still left visible.

This change is evident in the two paintings representing St. Peter, which show a quieter demeanor with the undeniable brilliance of the artist’s hand. 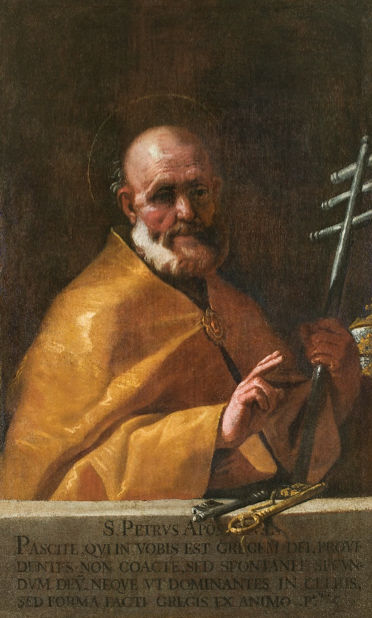 Also by Mattia Preti is the Our Lady of Sorrows, which formed part of the Catania bequest. This image is strange because it was produced on a small panel and is almost monochrome. This was not very typical of Preti, and therefore it is believed by some scholars that the artist could have kept this work to himself, almost like a holy picture, possibly for his own private devotion. 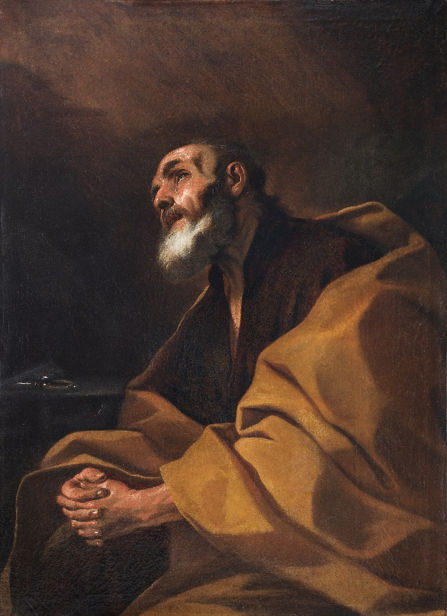 The vast range of notary Catania’s interests did not stop at paintings alone. An old manuscript map of the Maltese islands dating to 1833 and signed by a Maltese priest, Don Felice Cutajar, is one of the items which stand out in Catania’s collection at the Wignacourt Museum - pictured below. 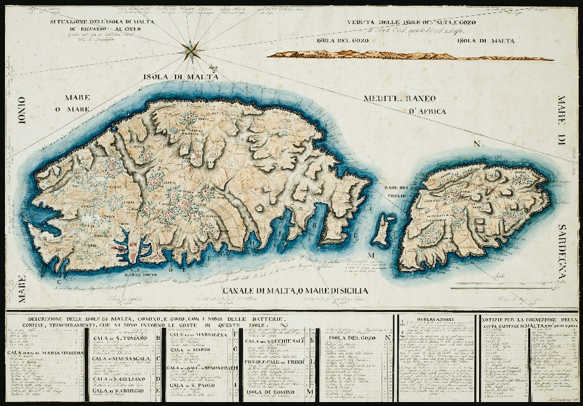 Also, of interest are more than 20 ‘French’ books, which are either related to the Order of St. John, Malta or history and art in general. A small collection of coins manages to encompass most of ‘Malta’s Timeline History’, as some date back to the Romano- Maltese coinage, whilst others date to the times of the Knights in Malta.

The pottery in the Catania collection of the Wignacourt Museum probably dates as far back as the late eighth century BC, and makes its way through to the first century AD. These include urns, beakers, jugs, plates, incense holders, amphorae, bowls, and lamps, amongst others.

Also striking is a magnificent ebony and ivory cabinet dating to the eighteenth century. This was most likely made in Naples and was produced in the seventeenth century style.

"Francesco Catania was a truly important personality for the Rabat community and the Church of St. Paul, and people can still get a glimpse of his marvelous collection when visiting the Wignacourt Museum".

The "Cleopatras" of Africa Today

Napoleon and "His" Islands